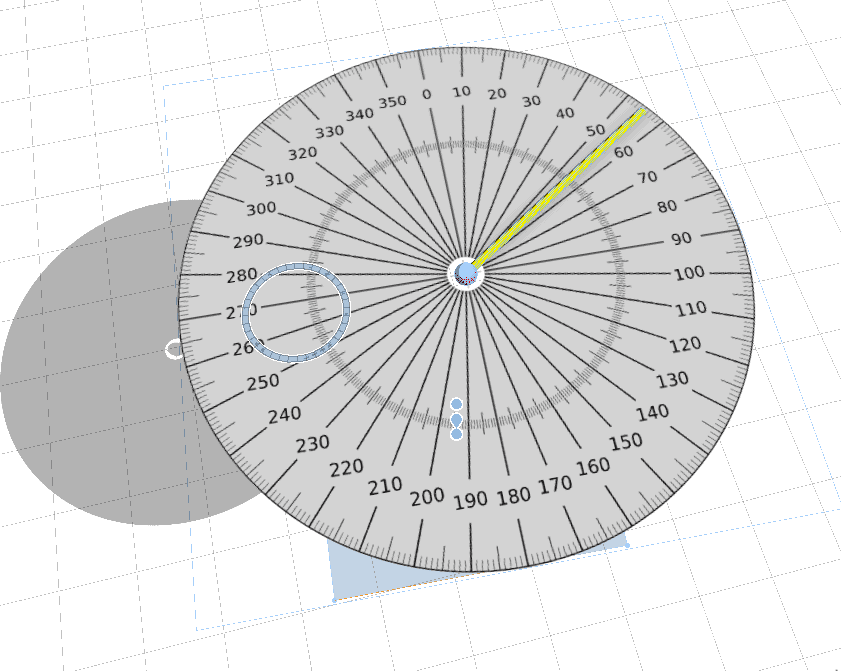 Sometimes in CityEngine it can be hard to figure out what’s going on.  Whether that’s understanding scope (CityEnginers understand this can get complicated) or just simple metrics.

I’ll often use a combination of ‘print’ and ‘report’ to give me a better understanding of my code at any given point.  What I also do is use bright colours (which have simple RGB/hex colour codes) to indicate whether a part of the code has been reached.  once I’ve confirmed it works I continue the code.

Recently I’ve been working on some code where an understanding of the orientation of an model is important, not just as a world orientation but also relative to the initial shapes scope.  As is the case with most of my work in CityEngine I start to wonder, how would I go about making something more visual for me?   Thus I decided to spend some (okay probably too much!) time creating a procedural protractor.  This allows you to switch between displaying an angle relative to the shapes scope, or the world.