I saw a retweet from Stephen Fry today on twitter showing an old video of Bob Hoskins (who died today in 2014 and Barry Norman walking around the National Theatre and London’s South Bank. It’s well worth a watch, if I can find a more permanent link to the video I will let you know… in the meantime watch it. Bob’s insights into London and the development going on is something anyone involved in the built environment should learn from.

Love this piece Barry Norman did with Bob Hoskins in 1982.

Exiting the @NationalTheatre this 100% Londoner waxes lyrical & percipient about what was indeed to come in terms of profit-obsessed developers. 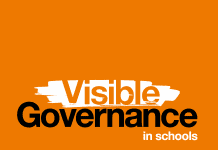 Motorway through the Lune Valley