Updated: On the 29/09/20013 – Added info about deprecation plans and CityEngine being 64bit only in 2013 version and screen capture from webinar about improved streets

Updated: On the 16/09/2013 to include information on the SDK, mobile viewers and augmented reality plans

Updated: On the 04/06/2013 I removed some of the title to better reflect my post as well as shorten it for tweeting, I also added the release date/month (click read the rest of this entry below).  I also added a new heading at the end on “Future thoughts, who will host those huge 3D cities and how?” as well as general edits…

So those of you interested in CityEngine will be wondering what’s coming up in the new version of CityEngine.   This is not an exhaustive run-down of what I’ve found out so far.   It’s also not insider knowledge. I’m just gathering the bits of publicly available knowledge together in one place, a large part from one recent CityEngine seminar (http://www.cgarchitect.com/2013/05/webinar-creating-smart-3d-city-models-with-esri-cityengine).

None of what I write about below has come from a confidential source and no one has told me directly what’s coming to CityEngine or ESRI’s 3D stuff.   The analysis bit is my own opinion and what I’ve gathered from a number of sources none of them have been from ESRI.

ESRI staff seem to be a bit cagey about telling me what’s coming in CityEngine 2013, much to my frustration, it’s hard to plan a project when you’re not sure about what features are being improved or even removed in the next release!  I worry because CityEngine at present is so versatile I fear that any ‘improvements’ for one industry (like the movie industry) may scupper it’s use in my industry.

Ah well that is a worry with all software, except of course most software has competitors, CityEngine I don’t believe has. Skip to the end for my quick analysis of it all…

The new version of CityEngine will include an SDK that will let developers incorporate the product’s procedural generation technology in their own products, such as games, said Gert van Maren, who is Esri’s product manager for 3D and based out of the company’s R&D centre in Zürich, Switzerland.

Also a mobile viewer is coming as well as future plans are talked of as well:

In addition to adding an SDK for developers to employ CityEngine’s technology in their own products, in CityEngine 2013 Esri is adding the ability to display visualisations created with the software on mobile devices such as iPads and smartphones. Further down the track the company plans to add augmented reality capabilities,

From 40:33m on this video(http://vimeo.com/cgarchitect/esri-webinar-1)

Rule package compile and exchange platform CGA binary code encrypted into something called an rpk.   Support business making it pay to write rule files 3d models, and other assets.  You can sell them! “Gateway” for your rule files and can be distributed for free “get your rules out there” GITHUB sharing and collaborating rules with other developers as well.

Street improvements : “our interstates much better, parking and other elements as well” released as part of our Urban Design and Planning Toolkit in next few days (Redlands redevelopment).

Native API, run the rules in a GIS application.

Put it on a “3D globe based system”

Library to textures included in the new version, integrate your own texture libraries as well, saving you digging through textures.  Other assets too cars, etc.. 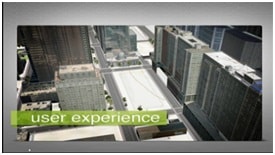 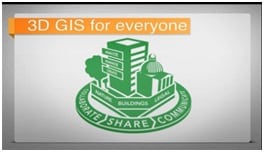 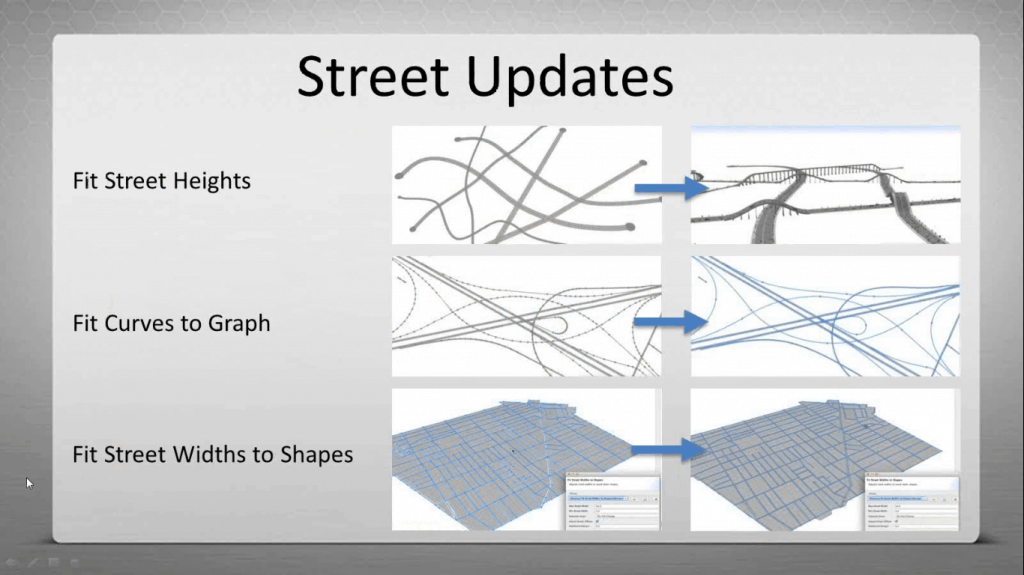 Update: 64bit only for CityEngine, no 32bit…. see this for details Deprecation Plan for ArcGIS (CityEngine bit added 16th of September 2013) (PDF)

Rule packages, like mxd packages and layer packages in concept, in that I mean you’ll have one file with all you need textures models and rules in one place.   The only difference?   This won’t just be a zip file (like layer packages).   The stated aim of this is so us that can write rule files can sell our hard earned coding to people without CGA knowledge and they won’t be able to disassemble it and sell it on.   This paves the way for companies selling specific rule sets for regions and countries.

The Urban Design and Planning Toolkit they refer to seems to be just a well documented rule set which includes to pre-built reporting.  Basically a more advanced example project for you to modify.

Plugins!   Use the CityEngine API stuff to build in procedrual functionality to your favourite 3D modelling package, I wonder if someone will do it for SketchUP?   I’m guessing this is something movie studios have been begging for, so it doesn’t disrupt they’re project ‘pipelines’.

Through this API stuff though it looks like CityEngine functions are coming to ArcGIS soon, but it does leave the way open for QGIS to call on CityEngine as well…. hmmm I like that idea.

Improvements in the user interface are welcome, I hope it works but is not to drastic.   Improving 3D editing tools means I may not have to use SketchUp as often.   But I hope the CityEngine don’t get to distracted by these features, other programs do this better.  However I do like being able to turn a procedurally created building into a mesh and editing it all within CityEngine.

SDK –  ESRI is really hoping to get this product in use by many other industries, this I expect will be a product almost as important as ArcGIS to ESRI.

Mobile Viewer – I’ve been crying out for this for months!  As professionals we need to show our clients our work and we can’t always take our laptops with us!   A tablet viewer would be perfect, just as long as they have add offline viewing capabilities!  For iOS and Android please!   If you want this sort of thing now a company called SmarterBetterCities could help you out.

Augmented Reality – I know this sounds fun, but I think let ESRI should let other developers should do this sort of stuff.   ESRI should be about authoritative data and mapping, I’m not sure any needs augmented reality.   Perhaps they just need to talk to someone like AR-Media

64Bit only – The new version is going to only be released in 64bit?  Well it had to happen as they look to creating massive cities with this program.   But is there some core change or is it just for ease of development?  I have no idea as I’m not a programmer… perhaps someone else can say?

Street updates – Well I hope this is more than just heights, definitely they need to improve their curves, I just hope they’ve improved the handling of Lot creation!

Future thoughts, who will host those huge 3D cities and how?

All of this is a side show, I think the big ESRI moment is what happens to your city model after creating it in CityEngine.  Consider these words (not mine) “3D globe based system” and “huge city models”.   This is pointing to a new or improved 3D project that ESRI must be working on.  Perhaps linking in with these “Living Atlas” ideas of Jack Dangermond (http://blogs.esri.com/esri/esri-insider/2013/05/21/a-living-atlas-of-the-world/) and Arcgis online and the webgl functions.   As stated the web scene export is for limited client specific models, but something bigger is coming.

So what is it? My feeling is that ArcGlobe and ArcScene are no longer fit for purpose in this new 3D/web GIS era.  Is ArcGIS Explorer capable?   Well my experience of it doesn’t suggest so.   However ESRI is investing in the cloud GIS and using web scenes via WebGL technology.

Are we looking at a live 3D globe/atlas that only needs a certain web browser, or are we looking at a whole new program?   CityEngine handles 3D really well and is 64bit and runs on many platforms.  In fact when I export my models to ArcGlobe ArcScene or ArcExplorer I instantly regret it.   I guess I’ve been spoilt by Google Earth….

So there you have it, new stuff for CityEngine in July, but I think there are wider implications of ESRI’s purchase of CityEngine to come.   Namely we’re going to have the ability to host somewhere (within arcgis online)  massive 3D models made by CityEngine.

I’m really looking forward to the new release and whatever ESRI has planned in the future…..