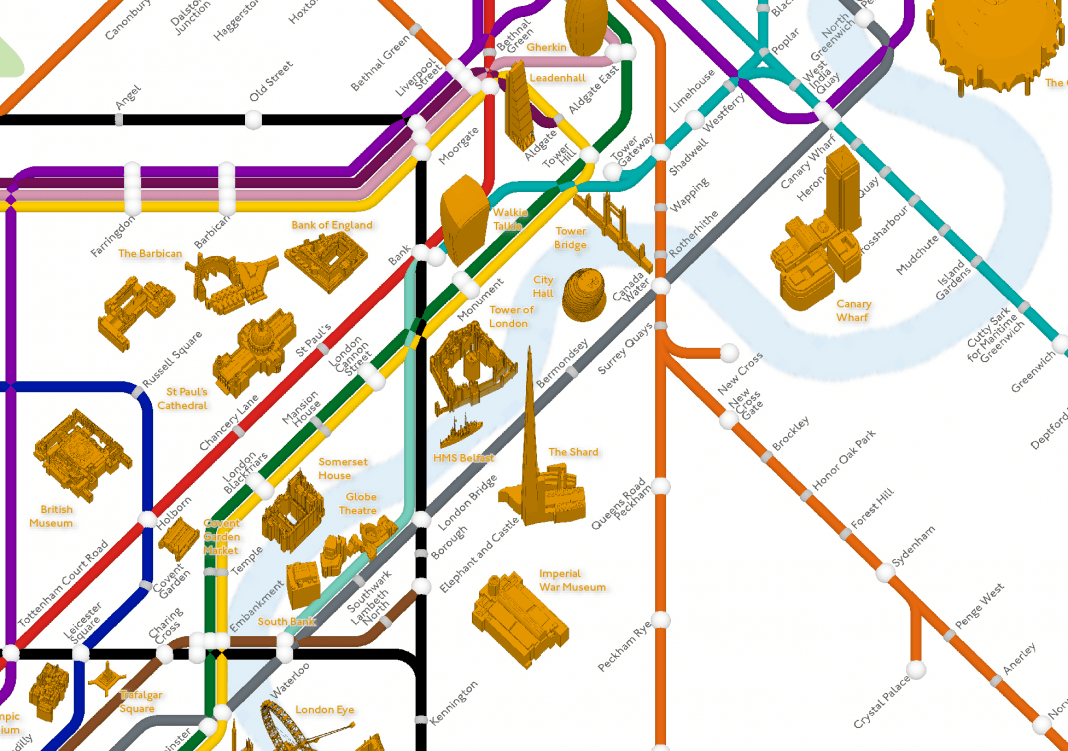 A week back a person I know called Kenneth Field (a cartographer who works at Esri Inc in Redlands California) published a reworking of the famous London Underground map. He has written a full blog post on it here which I recommend you read.
I’m not really here to critique (others are doing that on twitter*) it but I do think it’s interesting how much of an impact the ‘map’ has had on so many people.

I’m quite please to say I helped him source the 3D building data for his axonometric version. Quite rightly, I think a desire to connect to the above ground city can help a few people. I might not know names of everywhere in London but I do know landmarks.

*Now subsequent to Ken’s post and this one… a bit of disagreement has emerged from which has spilled out on to twitter starting with a tweet from someone called TubeMapCentral.

Hmm. And this from someone who went out of their way not to talk to me in Vienna last week. Tweets are cheap. For the record, I don't dismiss usability research and I'm open to critique. I agree, the font is too small. Shame you didn't wish to find out I agree with you. https://t.co/IyZYs0sFyQ

Dr. Field's opinions about schematic mapping are questionable because he does not have an intellectually defensible, coherent theory of effective design. You can see that from own creation. In fact, I am not even sure he understands what the issues are and why they are important. pic.twitter.com/jvTNTXeF82

Whatever your personal opinions on the map itself produced by “Dr Field” this all seems a bit too much drama and personality for what is essentially, from my perspective, a fun attempt at redoing a well used London Underground map.