This is just a bit of random thoughts I took away from the conference mostly to do with social media, it’s not a criticism, I guess I’m just greedy and want more of the ESRI conference goodness….

I agree with Steven here ESRI seems scared of Twitter, and they shouldn’t be!  You don’t need to tell us to “tweet nicely“, most of us have paid to be here and taken time out of work, we’re probably not going to be rude about it.   Effective use of social media means many more people attend who can’t physically be there, surely that’s a win?!   ESRIUK does have twitter accounts and so do many of their staff, some of them even follow me!

I hope ESRI UK management don’t think of social media as trivial, because it’s not.   I’ve gained a lot of knowledge and helpful contacts through it.   As with anything you have to know its limitations, but talking to your customers and potential customers is always good, isn’t it?!

I think they could add value here by giving it the #esriuk hashtag, not “You Cack 2011” (#eukac2011)  (or even ‘Ewe Cack’?) thanks to Steven for point that out first!   Honestly no one else would be getting their wires crossed on twitter and it would strengthen their brand and link to the ESRI USA accounts better.

TOP TIP: ESRIUK the simple and smaller the hashtag the easier it is for your followers to retweet.

There could have been tweets going out throughtout the conference advertising various presentations etc… did the sponsors have some good presentations they wanted me to see?  I can’t always be looking at the programme, but I everyone has there smartphone….

The following links provide good insight into social media in business, they may not be industry specific but you can apply their principles:

On a personal note I have found support via twitter can be great and if you do it right you can engage very effectively with some of the ‘movers and shakers’ in the industry who are not necessarily the big players!

A last thing to think about, how about some video streaming for those who can’t make it?  If people like John Popham can do #Twicket with limited bandwidth and resources I’m sure a conference centre hired by the big player in GIS can do it too.    In these belt-tightening times some of ESRI’s customers may not be able to attend the conference but can still be interested in viewing some of the presentations.

Maybe they can gather at a local council office (for those without reliable broadband) instead which will have the bandwith to cope as well… Mini gatherings of GIS professionals getting together to view presentations without the travelling and overnight expenses.   ESRIUK Conference could get an international reach then as well!  Combine that with effective use of twitter and there could be some interesting conversations going on.

Hey, if you’re interested I might even know a company who could host the event for people in Cumbria!

Just an idea but I think it’s worth exploring…. 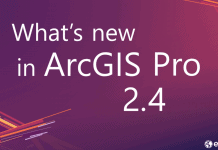