Home broadband The Great Grey Asby (Part 1) #gab10 #ruralbroadband
Facebook
Twitter
Pinterest
WhatsApp
Linkedin
Email
Apologies for the title but if you attended you’ll know why I’ve called it that and if you read on (part 2) you’ll find out why!
So on Friday the 29th October I received a direct message (DM) from a Louis Mosley (@louismosley) who works for Rory Stewart the MP for Penrith/Eden area.   The message was an invite to attend a “Broadband Champions Inaugural Meeting”.  This was somewhat out of the blue, now I’ve had the occasional discussions with people on twitter in regards to rural broadband access (@RuralUK and @cyberdoyle to  name but 2) and I followed various threads.   To me there seemed to be people and communities out there doing interesting things to get there internet access.
So I looked into it and saw that Rory Stewart would indeed be attending and that this was part of a long running campaign to get broadband access to rural areas.   Not only that but Cumbria had been chosen as a pilot area to receive government funding (£10-15 million) to increase access to broadband for rural communities.   I won’t go into more details about the history of it or indeed the specifics if you want to read more look at the related links at the end of this post to start you off, this post would be too long otherwise.
The other thing I’ve been doing at the moment is reading Rory Stewart’s book (on my Amazon Kindle) ‘Occupational Hazards’ if you know what I do and have seen my previous post you’ll know why.
The upshot after some initial research was that I decided to go, I really didn’t know what would happen or who would be there but looking at the map I thought that this might well be poorly attended and somewhat of a ramshackle meeting.  With a politician trying to convince the locals that he actually cared….  (I’m a cynic)
So on Saturday I drove off to Great Asby (an adventure in itself!), when I arrived cars were parked everywhere (they’re still there on StreetView!), so my initial thought about it being poorly attended was trashed immediately.   I was glad I came and now very curious.
After what can only be described as a good queue (we are in England afterall) I collected my name badge and entered the hall which was packed with people, however something was not quite right and I just couldn’t place my finger on what bothered me (I’ll come back to that in a bit).
I recognised a couple of people, one of whom I’ve been doing a job for, but otherwise a lot of strangers.   On ‘registration’ we were given a luggage tag and asked to pin it on a map of Cumbria as to where we represented.   I noted that, if I’d known they wanted a map on a single piece of paper I could have helped out there!
It was here at the map where I met @imhelenj who recognised me from my name as someone from Twitter (unusual apparently to be yourself online, or perhaps a lack of imagination on my part!?).   I must make my first apology, I am normally quite confident but for some reason I was a little nervous and my brain wasn’t quite engaging so words didn’t come easily as a I struggled to look up in my head twitter names and jpgs!  Did I know her?  Had I talked with her?  She had been in some of the conversations but I don’t think we have ever talked directly and just recently she retweeted something of mine .
During the time before the meeting started @RuralUK found me and said hello.  Again please accept my apologies I was a little overwhelmed and conversations weren’t exactly flowing from me.  In hindsight @RuralUK and I have plenty to say to each other as we have chatted on twitter on a number of occasions.
We all sat down (if we could find a seat) and Rory Stewart got up and presented a very good session we learnt about Great Asby’s broadband initiative as well hearing from people like CISCO and BDUK.   There was also some good Q&As with most of the people who presented.  Rather than me repeat all that we learnt you could just watched the sessions online from here.
Part 2 will be my thoughts on and from the Great Asby meeting.
Related Links 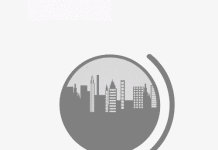 This will change everything. (FibreGarden to dig)