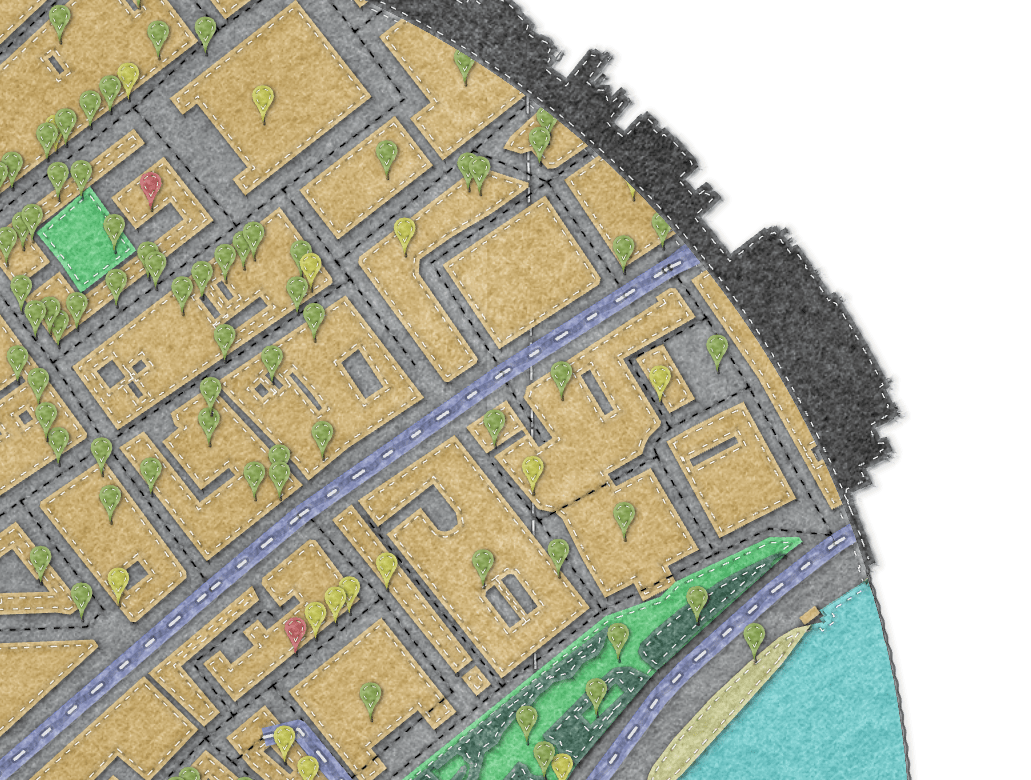 I’ve been working on a cartographic side project that some of you may have seen via my social media posts.  It’s continuing work I had previously submitted to the Esri Map Gallery specifically called ‘London Walk’ (which last year when I got third place for and is this years Mapbook 35) and ‘What lies above the underground?’ map.

The idea is similar, take a line and a terrain or surface (DTM/DSM) and use the interpolate tool, adjust intervals for control on smoothness etc… except this time I figured out how to flatten the lines and turn it into a GP (Geo-Processing) tool via Model Builder in ArcGIS Pro. The tool clearly takes inspiration from Nicholas Duggan’s work who did a map gallery entry here the previous year.

I think the results look pretty good, I hope you like them. I’ve also worked on the tool to work on just lines to make a cross section effect (for mountains etc..) also I have an automated way of taking labels along the line and placing them on the new profile created with the tool.

I’ve created a demo video showing the tool at work in the new ArcGIS Pro 2.6, below and yes I sped it up (apologies for lack of smoothness!).  In the video I’ve combined it with a hillshade of the DSM I used, plus the ‘Distance and Direction’ tool which I quite like as well!  Oh, I also used the new graphics layer capabilities in ArcGIS Pro 2.6! The video is far from perfect but I hope you can see the possibilities! You can also see I’ve used a few of John Nelson’s styles who is a constant source of positive inspiration.

Now I know this all done in proprietary software but there probably is no reason why it can’t be done in opensource tools (ahem QGIS), the technique is not really very technical, I do intend on releasing the tool and some details about it if people are interested. The gallery below is a sample of early tests and styles. I’ll probably do more refined ones when I get around to it! And no I haven’t decided on or settled on a name of this!