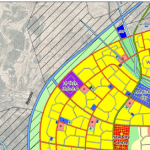 Following on from my last post about ESRI’s purchase of CityEngine, what next? Well I already presented at the ESRI UK Annual Conference 2011 about how the computer game industry is influencing our work.   These were two presentations were linked by CityEngine: “The 10 Minute City” and “Games and the City”.  My goal (if they will allow me!?) next time is to present again but something called the “Instant City”, inspired by Charles Kennelly’s presentation on Real-Time GIS.

This would show how using rules in CityEngine all stages of a master planning process can be started at once.   This sounds strange but at present we start with background studies and evolve that into a number of growth options for a city and from that the client chooses.  This happens over months if not years!   The problem with this approach is that early on the client chooses their direction of growth, but what if the situation changes?  It’s going to be costly and timely to start again.

What I envisage happening in the future is that CityEngine and ArcGIS (and I thought about this pre-acquisition!) can be harnessed together to allowing multiple versions of a city master plan to go through all at the same time.   Then the client could choose at the end of the process a complete package knowing all its implications in terms of the Building Information Modelling (BIM) type of information.

Essentially you could start with a blank sheet knowing how many people you need to plan for, as time goes by more information is delivered existing roads, terrain, obstacles etc.. and as each data layer is imported into the GIS the CityEngine rules you have created run over it again and within your defined parameters remake the proposed city/growth area.

One idea was also to take solar data and use that as the basis for orientating buildings in CityEngine, so with a clever rule whole buildings could be orientated automatically depending on their location in relation to the sun, even in a valley!

The concept is simple but it requires lots of computing power, but I think we’re approaching now a time when computing power is a product of how many machines in the cloud you can afford to have working on a problem.    The Instant City idea relies on cloud computing (or a very powerful computer) to make it a reality.

Another thought I had was that it would be good to have some kind of large visual display at the ESRI conference and some PC’s around it.   Attendees could contribute to the design process of a city by adding data (satellite imagery, obstacle maps, roads etc..).   As each layer was placed in the model, CityEngine would update the city model and ArcGIS would in turn update its analysis (pie graphs etc…) all in real-time.

It’s all ideas at the moment and I would need some help (hint?) but it would be a great experiment and show off the capabilities of this new partnership.    At the end of the conference we could have a fully functioning city created with all the analysis completed by ArcGIS and in 3D.   What if the attendees for example could download the city and run around it in a game type environment as well (Crysis anyone?)?

Apologies for the somewhat dumping of conciousness there but I thought I should get it out there in writing.  I would be interested to know what any of you though about it?  Suggestions, queries, comments?  Add a comment, send me a DM on twitter or email me! 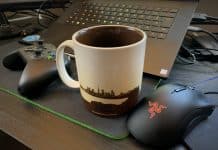